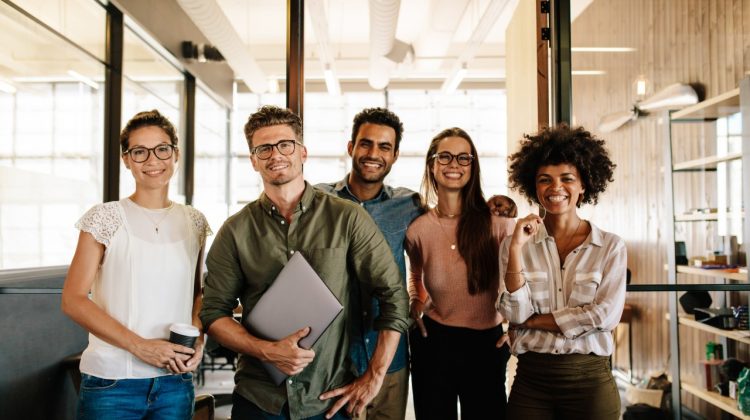 I wanted to explore the meaning behind the word ‘ethical’ in this day and age, and how some companies manage to slip through the net using marketing tactics.

I have recently read articles praising companies who are considered the most ethical – there is a list of these illustrious and successful business ventures of 2013, 2014 etc. – and they are set up as the benchmark for the rest of us. I opened the list in anticipation of seeing estimable companies mentioned, but was horrified to see a number of corporations on the list who are known to create products that compromise health or are involved in deforestation or child labour – to name but a few crimes against humanity.

Even if a company is taking steps to become more ethical, surely they shouldn’t be allowed on such a list until they have some substantial history in ethical practice. These questions immediately came to mind – “who on earth compiles these lists and what is their agenda?” “Are they genuinely ignorant of the practices of these companies, or is profit the only criteria?” Or even worse – “Is ethical practice now being judged by the 80/20 rule?”

So, what is considered an ethical company in this day and age?

Is it all about how a company treats their employees? If the people that work for them are treated well, getting decent salaries and benefits – does that make the company ethical?

If their employees have protective clothing while they are spraying the planet with toxic chemicals – does that make the company ethical because it is looking after its own?

If employees are given the benefit of cheap food and clothing in the form of company discounts, is the company ethical if the food is the end product of compromised ingredients and tortured animals?

If job opportunities and helping the economy is stated as being a valid reason for companies to start business ventures that poison the air we breathe, the water we drink and the food we eat, I have to ask – who benefits?

Or maybe being seen as ethical is all about a brilliant marketing campaign. A campaign which makes the general public feel all warm and fuzzy – full of cute animals, young children or a celebrity or two – or maybe all of the above if the company has unlimited finance to throw at it. We are presented with an emotional roller coaster ride which dulls the senses and convinces people of its sincerity and authenticity, because it’s just so darn pretty!

For example, the food and drink industries are money machines that can employ the most ingenious and brilliant of marketers who are capable of blindsiding the uninformed into believing every word they say. A lot of them churn out addictive products which lack nutrition and create severe health problems through the addition of ingredients which kill brain cells, and generally attack the organs of the body. However, that seems to be acceptable because their marketing campaigns bring people together in happy food and drink related ways, and their packaging is so bright and colourful and the wording so reassuring – natural, farm fresh – got to be true, yes?

It comes to mind that some of the most successful confidence tricksters and serial killers come in a very pleasing physical package. It is because they are good looking that they are able to get close to their victims, but beautiful on the outside doesn’t necessarily mean beautiful on the inside. I think this rule applies to companies and their marketing campaigns as well.

We are surrounded by marketing images which promote ‘beauty’! These images not only corrupt and destroy people’s self-confidence, but they also set the precedence that beauty is best. Therefore, in our subconscious we link beauty to all that is good, and we dismiss all that is not beautiful, according to the current standards set by the media and marketing industry.

I lived in the Algarve, Portugal for a couple of years and while I was there I knew people who had orange trees on their land. They were the sweetest oranges I’d ever tasted in my life, yet none of those oranges would have reached supermarket shelves. The reason why is that they were all ‘ugly’ fruit – they weren’t tampered with in order to make them visually pleasing. I was told by the owner of the orange grove that the ugly fruit were the sweetest, and that is something I think is worth remembering, because it opens our minds and we won’t so easily be seduced by beauty if we know there is a viable alternative.

If a cosmetics company donates money to eradicate skin cancer they have to be ethical, right? People will think that they are wonderful and more readily buy their products. However, what if that same company includes ingredients in its products which can cause cancer – aren’t they just creating a market for themselves? It bears thinking about!

If a food or drink company gives donations to schools in the form of IT or sports equipment etc., is it really an altruistic act? They often get returns in the form of advertising on the premises and massive hikes in sales as the word spreads about their good deeds. Not forgetting that they are creating a new generation of people who will be addicted to their products.

Charitable donations also need to be a win/win situation. The people needing help are no lesser beings than the people giving it, just because they don’t have financial wealth. They shouldn’t be exploited in the name of profit.

So what percentage between donations and damage constitutes ethical by today’s standards? Is it 25%/75% or does it need to be 50%/50%? Who makes these decisions and what is their agenda? It doesn’t seem to be the health and well being of the planet, that’s for sure.

I suggest that before we decide that a company is ethical we look deeply into the face of that company, look into its eyes and see its soul. Remember that a beautiful face is no indicator of a beautiful soul – the eyes are the windows of the soul and by looking deeply into them you will be able to discern whether it’s transparent or deceptive.

My father was a magician, a member of the Inner Magic Circle, and when I was growing up I used to watch him practice. He told me to always watch the hand that seemed to be doing nothing – and that has taught me a valuable life lesson. So when a company or institution of any sort puts forth a spectacular display which draws my attention, I drag my eyes away from where the lights are shining and look into the shadows to see what they are hiding, what is it they don’t want me to see? If after careful scrutiny and research I find there is nothing being hidden, then I deem that company ethical and sit back and enjoy the show!

I am not for one minute telling anyone what to think, or what to do. What I humbly suggest is that everyone looks carefully at the decisions they make, and the companies they support by either using their services or buying their products. Then each of us will know that we aren’t being led by the nose into compromising our own set of values and what we personally believe in.

The bottom line is that if people, animals and the planet are being negatively impacted by a company’s products or services, that company is not ethical – no matter how much they give to charity, or how many heart-warming marketing campaigns they launch. They are shirking their responsibility towards all living things in the name of profit. That is the truth! 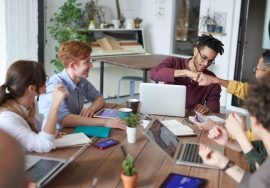 The Future of Ethics and Morals

Is Teamwork Important at Your 06 May 20

What Constitutes an Ethical Co 16 Apr 20

The Future of Ethics and Moral 06 Mar 20

How to Build a Stronger Busine 23 Jan 20

Business Ethics Must Be Presen 05 Jan 20